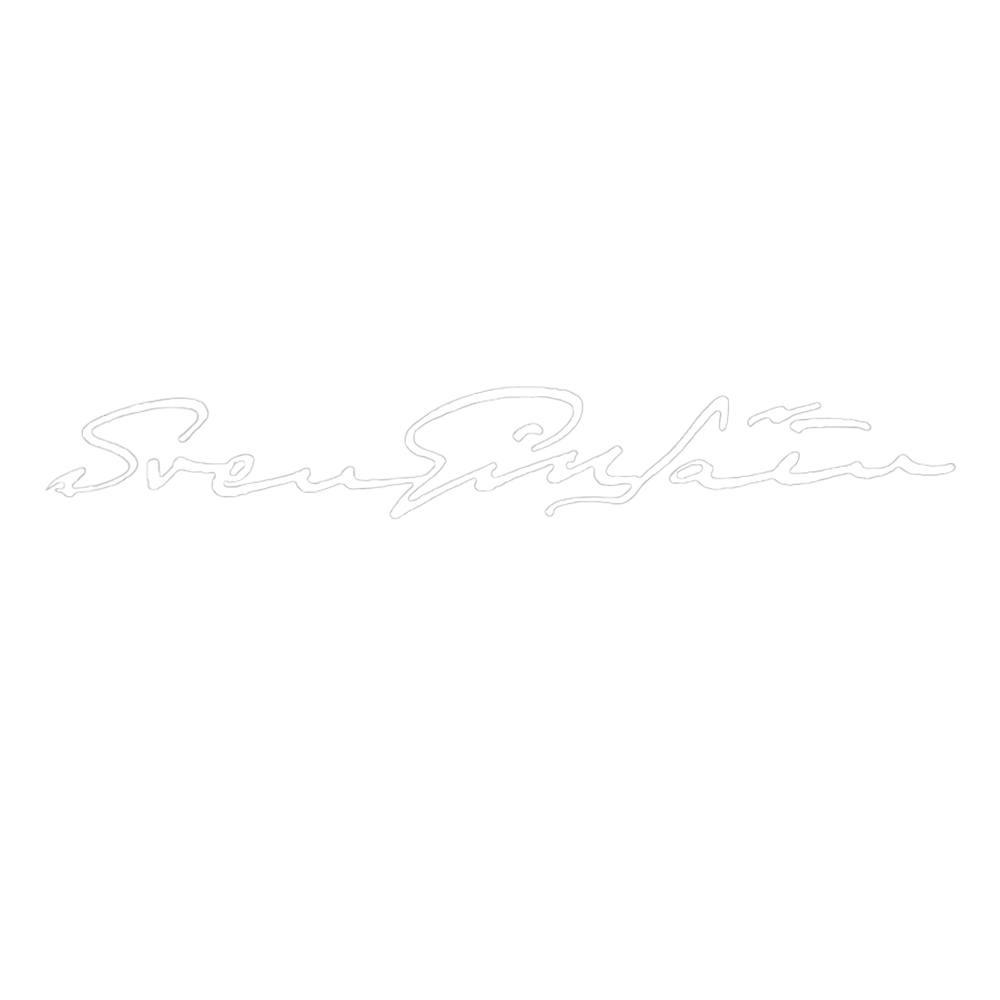 “One hand grips the camera bag containing lens and rolls of film. The other is holding a typewriter with a thousand writing sheets and onionskin. Around the neck dangles a Hasselblad camera and a japan. Over the shoulder hangs two telephoto lenses i their leather cases.”

“”One hand grips the camera bag containing lens and rolls of film. The other is holding a typewriter with a thousand writing sheets and onionskin. Around the neck dangles a Hasselblad camera and a japan. Over the shoulder hangs two telephoto lenses i their leather cases.”

Sven Gillsäter was a very well recognized and appreciated photographer, author and lecturer on nature and wildlife in far-away places. His career as a free-lance photographer took off when given a bonus by a Swedish newspaper for his coverage of the 1956 Olympic Games in Melbourne. He used this money to spend months in the Indonesian jungles covering exotic animals and people. The book he published following this stay allowed him to continue traveling, and soon his projects had taken him to bear country in Alaska, the savannahs in Africa, the mountains in the Middle East and the enchanted islands of the Galapagos in South America. He became a prolific producer of TV-documentaries, in an era when there was only one channel in Sweden. Many of these programs, as well as his books, were translated into English, German, and Russian, among others.

In the summer of 1968-1969, Sven Gillsäter together with his wife Harriet and 2,5 year old son Björn set off to spend six months in the Falkland Islands. He was contracted by the Swedish Television to do three documentaries about human and animal life on the Islands, which eventually aired in 1969. He also undertook to write a book about the experience, which he called “Penguins in the Wind” (in Swedish). In addition to being an account of the stay on the Islands, it is a nature and wildlife book with plenty of (at the time) unique images.

His curious mind tempted Sven Gillsäter to visit places where few Swedes had set their foot, and where there was an interesting flora and fauna. Beyond the temptation of covering all the various kinds of penguins that live on the Falkland Islands, Sven was intrigued by the stories about Norwegians who had settled on the Falkland Islands after the whale hunting days. There must be a very good reason beyond escapism why someone wants to settle in these extremely remote, isolated and challenged islands weatherwise, he told himself.

The six month assignment was in many ways the most ambitious project he undertook, both in terms of length of stay but also because the whole family was involved. A base was established on a street in Port Stanley. Burning peat for heating, having penguin eggs for breakfast, and eating mutton for lunch and dinner soon became second nature for the little family. News travels fast in small community such as the Falklands, and with help from the “squeaky box” soon most people knew about the exotic visitors and they were very well received wherever they went.

The small hydroplanes took the family all around the Islands, where they were received by the local farmers plus the thousands of penguins, albatrosses, sea lions and elephant seals. This was in many ways paradise for Sven Gillsäter. Whenever required, the family spent days in a small blue tent, allowing them to become part of the various animal communities and to document their lives 24/7.

The hospitable yet sometime “quirky” Islanders opened up their homes and spent hours discussing life on the Islands with the visitors. The people in Port Stanley were also welcoming, with the Governor inviting the family to the New Year’s celebrations, a couple invited them to their wedding and they took part in the annual horse track races. These encounters and conversations intrigued the photographer, and the end-result from the stay on the Islands is as much a social portrait as it is an account of nature and wildlife. Some of the images of Island life in 1968-1969 were reproduced for a photo exhibition at the Falkland House in London in 2005, which subsequently traveled to Port Stanley. This exhibition was made possible through the generous support of the Shackleton Foundation.